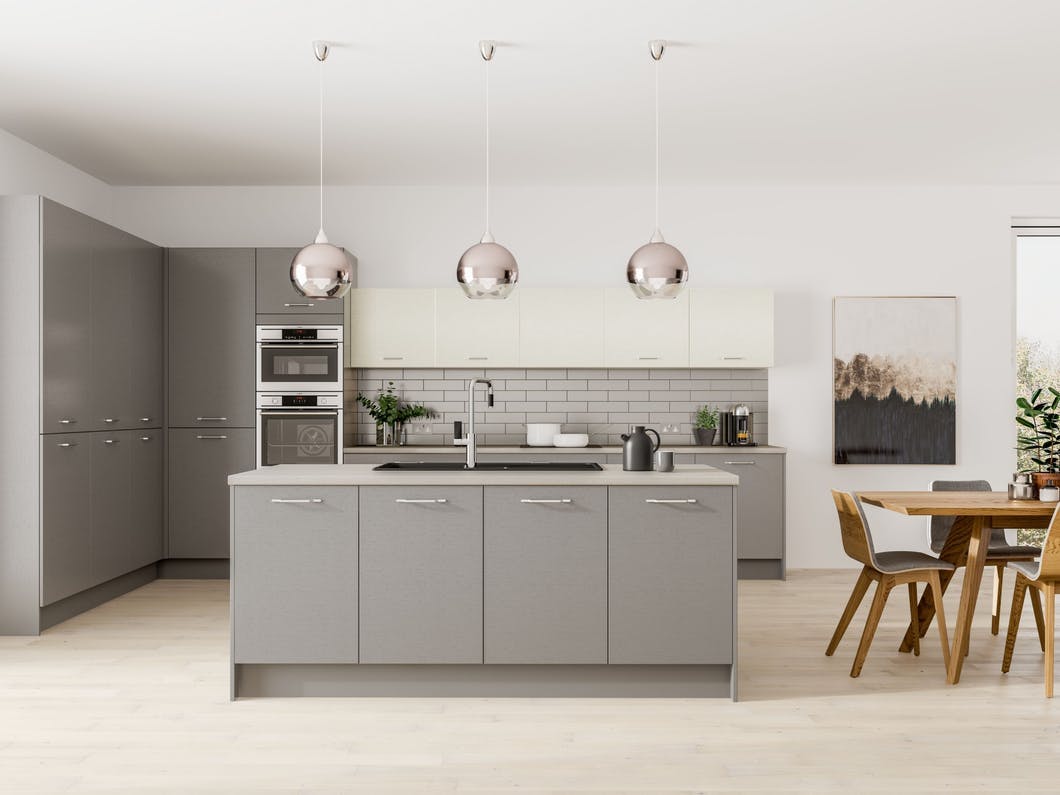 The UK home improvements industry was in a strong position in 2019.

According to KBB Review/MTW research, the bathroom market saw a predicted growth of £40 million between 2018 to 2019, while the UK kitchen market grew from £4.2 billion in value to nearing £4.4 billion during the same period, according to JKMR reports/KBB Daily.

The unpredicted arrival of COVID-19 in early 2020, however, changed customer buying habits, creating both positive and negative buying patterns.

In this article , we take a deep dive into the effects COVID-19 has had on customer buying habits within the home improvements industry.

In the beginning, Government restrictions stated we could only go outside for essential shopping and exercise. As a result, we all spent more time in the confines of our homes.

Among the Government restrictions, non-essential shops were forced to close their doors, encouraging customer purchase activity for ‘non-essential items’ to be purchased online.

During the first lockdown, although home improvement businesses were allowed to stay open and complete work within people’s homes (as long as they followed COVID safety procedures), many suppliers and merchants closed, causing many home improvements businesses, including us at Passmore Group, to be at a standstill as necessary materials needed to complete renovation work could not be purchased.

Improving digital presence was a significant part of that. Many home improvement companies implemented virtual showrooms, began uploading detailed website content, and used their social media channels to directly engage with customers. We, at Passmore Group, were no different as we continued to improve our online brand awareness and digital PR activity.

According to bathroom and kitchen update/ideal bathroom industry report, 61% of bathroom and kitchen retailers surveyed increased their use of digital technology. Whilst companies, as a collective, are believed to have improved online delivery activity - improvements that normally would have taken 10 years were completed in the space of eight weeks according to research by McKinsey & Company. 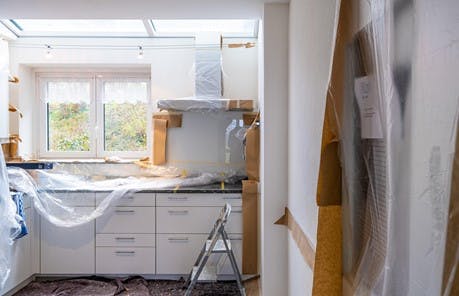 A renewed interest in home improvements

Coming out of the first lockdown, there was a large influx of interest in home improvement for a range of reasons.

According to a moneywise survey conducted in July 2020, the main reasons for homeowners spending on home renovations were as follows:

With the cancellations of holidays (of which approximately 9.5 million people did in 2020), we at Passmore Group also found several of our customers chose to make improvements around the home due to having higher disposable income from holiday refunds.

Alongside the inability to ignore work needed around the home. More Kitchens & More Bathrooms Senior Designer Simon Grant explains: “When discussing renovations, we found many of our customers in 2020 had more disposable income, especially those who tend to spend large amounts on luxury getaways.

“This encouraged those who would normally spend money on holidays to instead renovate their bathroom and or kitchen and those already planning to undergo home improvements to spend a little more and or do home improvements earlier than they initially planned.”

According to a YouGov poll taken in February 2021, 27% of those surveyed said they spent more than they usually would on home improvements since the pandemic began.

Spending more time at home, particularly as many of us were working from home, also changed the types of home improvements that were made a priority.

Whilst there was an influx in home improvement, it tended to be the most used rooms within the home, including kitchens, bathrooms, and home offices.

An example of this has been reported by Kbb Review/AMA research. They found ‘homeowners prioritised the conversion of spare rooms into home offices over improving spare or guest bedrooms’. This led to a predicted fall of 22% in bedroom furniture sales between 2019 to 2020.

Further research also shows with the additional time gained from limited leisure activities, many turned to smaller home improvements through the form of DIY.

According to the Guardian, Kingfisher (The owner of B&Q and Screwfix) reported a 634% rise in pre-tax profits from the previous year. They put the large boost in demand down to ‘the past year as people adapted and updated their homes and gardens to cope with new demands prompted by restrictions on travel, socialising, schools and leisure’.

The home items customers chose to purchase have also changed due to COVID-19 with more time at home creating an increase in demand in items that improve cleanliness and functionality.

At More Kitchens, we have seen an influx in requests for functional fixtures including self clean ovens and hot water taps. According to KBB review, bathroom and kitchen retailers have also ‘highlighted an increase in demand for touchless and sensor products. 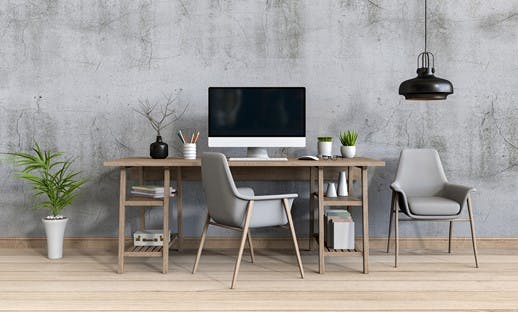 In October 2020, England entered a three-tier COVID-19 restrictions system before the situation escalated and the nation entered another full lockdown - 2.0 (5 November 2020 to 2 December 2020).

Many home improvement companies, including Passmore Group, continued to stay open, survey, and install during this period, while we also operated showroom visits on an appointment-only basis and with COVID secure safety measures in place.

Whilst many were still improving homes, there was a fall in customer confidence due to health and financial concerns. As a result, some home improvement companies suffered greater than others.

According to a YouGov survey taken in October 2020, consumer confidence fell to a six-month low from April 2020 as COVID restrictions increased. The biggest factors behind the decrease were household finances and property value.

Research also showed that while disposable income grew for some following the original lockdown, it also decreased for others. According to the BBC , in the year to March 2021, 811,000 payroll jobs were lost across the UK. The loss of jobs, and low job security, meant many households had less income to spend on home improvements.

That brings us now to lockdown 3.0, which came into effect at the beginning of January.

Although limited in number, at Passmore Group customers changed plans for home improvement works for reasons including ‘we wish to put the renovations on hold until everything with Covid begins to die down again’ following the announcement of a third lockdown. Some customers also chose to cancel entirely due to uncertainty of the spread of COVID-19.

More Bathrooms and More Ability Senior Designer Nigel Dawson said:“Although we were given the government go ahead to stay open during lockdown 3.0 and introduced full PPE, social distancing, and sanitising measures, we found we had concerns and cancellations from some customers about designers and fitter visiting and or working in their homes.”

Lockdown 3.0 allowed home improvement companies to continue to stay open under restrictions, including the closure of showrooms.

For those who were still considering large home improvements, including bathroom and kitchen renovations, the closure of showrooms put a halt on purchase completion. The biggest factor behind that being customers wanting to be able to view and physically touch bathroom and kitchen fixtures and fittings before committing to an install.

And so, with no initial showroom reopening date insight until the government roadmap announcement for restrictions to begin to ease in April, customers delayed purchases.

This saw the biggest shift in consumer behaviour and while there have been digital improvements within the home improvements industry, the purchase of a kitchen or bathroom is still a considered and traditional purchase - one that many feel uncomfortable committing to online. 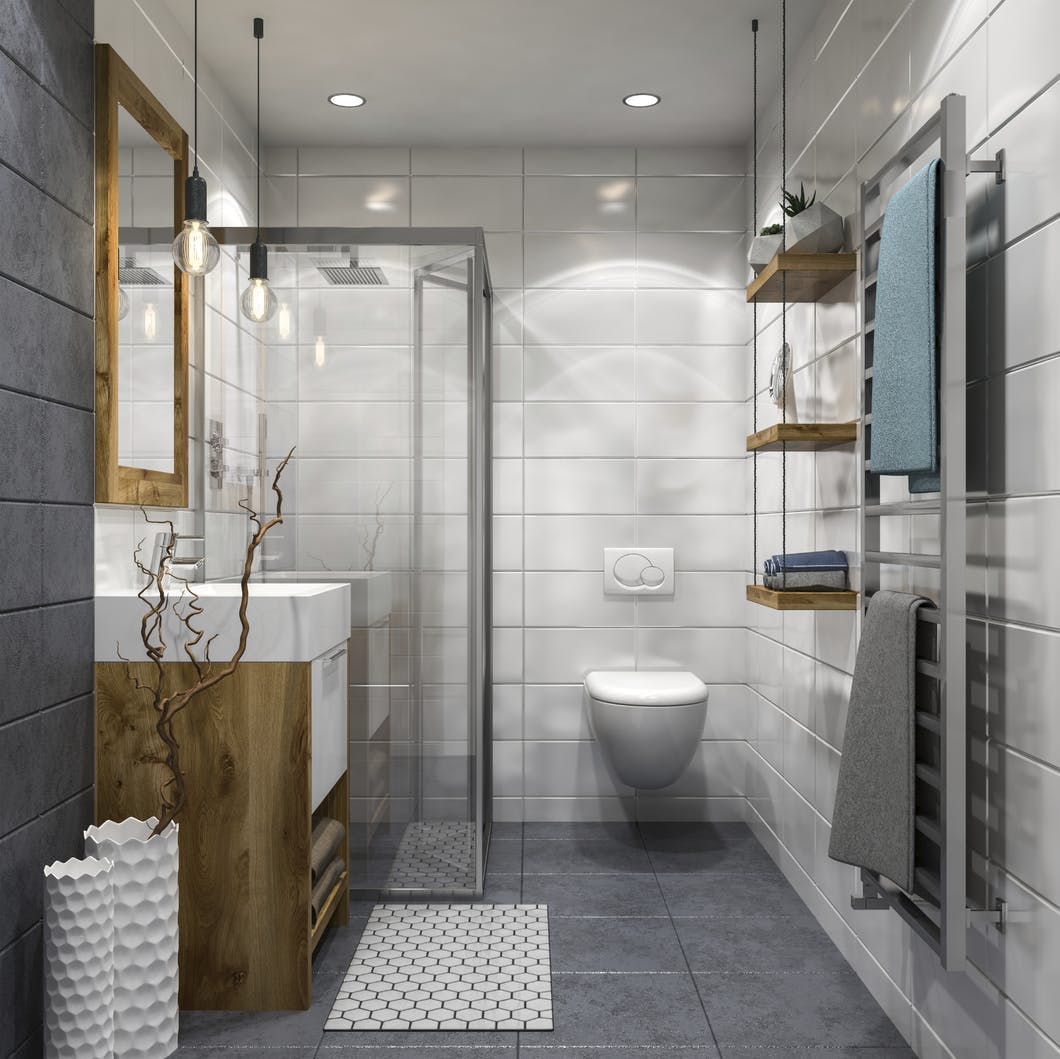 What does the future hold?

Following the ease of lockdown restrictions in April 2021, At Passmore Group we have found there has been another boost in customer demand due to showrooms and the economy beginning to open back up again, with customers now calling back up wishing to go ahead with home improvements.

Customer confidence is also beginning to grow due to the rollout of the COVID-19 vaccine. According to government data as of 21 June, 31 million (around 59%) of the population in the UK have been fully vaccinated.

Many bathroom and kitchens retailers are looking forward to reopening showrooms and welcoming back customers, including Gemma Casement of Lanzet Kitchens. She said: “We have become adept online consumers, but nothing beats seeing the displays in the flesh and being able to see the patterns and textures of the surfaces.”

With uncertainty on travel restrictions for the year ahead, many have chosen to still use their disposable income on home improvements instead of potential getaways.

According to Travel Weekly Chief Medical Officer, Jonathan Van-Tam, stated there is still ‘great uncertainty about the prospect of overseas summer holidays because of new variants of COVID-19.’

At Passmore group, we have also found customers are booking appointments who ‘would have normally spent the money on a holiday but don’t plan to this year.’ Our Senior Designers predict another busy year ahead with customers still wishing to go forward with home improvements alongside those who were waiting for restrictions to die down.

We have also extended our More Kitchens offering into our Harrogate Showroom.

This is further backed by a YouGov survey that found consumer confidence is at an all-time high - it’s highest since August 2018, in fact, and still steadily rising as the economy starts to reopen.

The new normal is yet to be determined, we have all changed the way we work, shop, and entertain ourselves. We believe, however, that the home improvement industry will see continued growth over the coming year and are optimistic about the future.