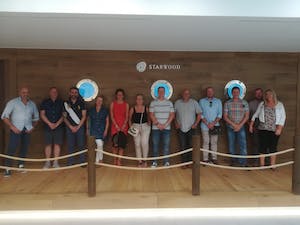 ​After company Directors, Steve and Tony Passmore visited Porcelanosa’s tile manufacturing facilities in Valencia, Spain at the end of March it was now the turn of the Surveyors. 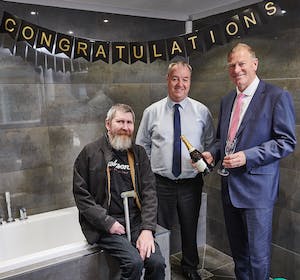 Harrogate resident, Richard Matthews, is the lucky winner of a £6,000 accessible bathroom, following his entry into the promotion – launched to celebrate the companies continued growth and successful expansion of its More Ability division into the region.