Mr & Mrs Fox had a tired garden that, as a result of poor initial groundworks, required completely digging up, re-turfing and re flagging.

Due to the poor foundations Mr & Mrs Fox had in some respects, lost the will to live with the existing garden as a result of no matter how hard they tried it never looked any better. The shrubbery and planation was overgrown, mostly intertwined with the existing fencing causing it to lift and rot. The flagging on the patio area was also raised and uneven due to growth underneath the groundworks and also covered in moss as a result of the living plantation.

The actual garden area was also very small as the space was mostly occupied by stone and flagging. Mr & Mrs Fox wanted a more 50/50 split between flagging and garden as a result of a young new addition to their family.

More Build surveyor Lee Billington listened to Mr & Mrs Fox’s problems and requests proposing a garden ‘face lift’. The layout of the garden space was to remain the same with extra square footage being given to the grass area. What Lee proposed was that the job be completely re-done as it should have been done in the first place which included:

Mr & Mrs Fox were elated with the finished project – a garden, that as a family, they could enjoy. Within 2 weeks the entire space had been completely transformed to a now open, clean and presentable garden with extra care being given to the groundworks and underlying foundations to ensure the previous problems do not arise again. The new space was now split in 3 key areas at the request of the family: 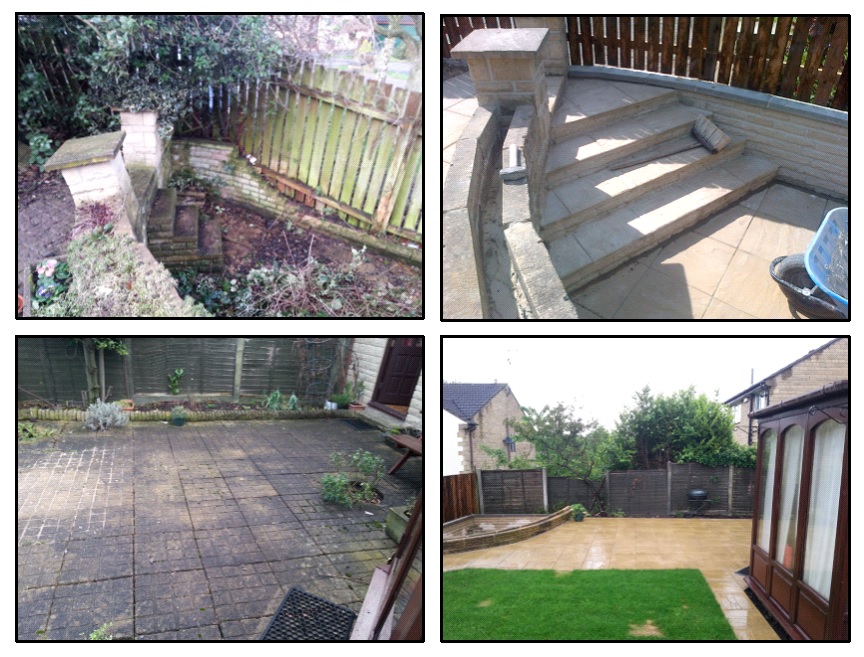 what mr & mrs fox said about more build, part of the passmore:

“Thank you for a very quick, very pleasant transformation of our garden just in time for summer. We have now been blessed with a multi-purpose garden, that as a family, we can enjoy time and time again. All the lads worked tirelessly to deliver the job in the proposed time scale and they did so in a very clean and efficient manner – we are extremely satisfied and could not be happier.”